ArRiyadh New Mobility Consortium (ANM) was selected to deliver the 41.8Km Line 3 of the Riyadh Metro which will form part of the six-line mega project that will run for a total length of 176Km across the city. ANM is led by Italian construction group Salini Impregilo and includes partners Larsen&Toubro (India), Nesma (Saudi Arabia), Ansaldo STS (Italy), Bombardier (Canada), Idom (Spain) and WorleyParsons (Australia).

The new Line 3 is the longest section of the gigantic project of the new metro network of the capital city of the Kingdom of Saudi Arabia.

Line 3 is composed of 22 stations (including the iconic Downtown Station and Western Station), 2 depots, and  6 park & ride.

Line 3 runs from West (near the Jeddah Expressway) to East (near the Khashm El Aam National Guard Camp).

The line consists of 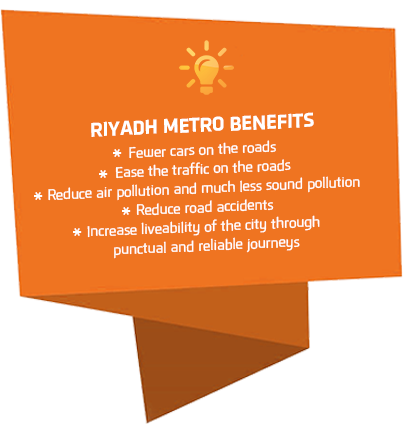 [masterslider_pb alias=”ms-1″]
With the Riyadh Metro will benefit all the population by making easier to move around the city and enhancing access to jobs, education and health.

There are 9 elevated stations.
A typical elevated station comprises 4 levels, which are, starting from ground level and going downwards: Below Level, Ground Level, Mezzanine Level (this floor has two pedestrian entrances), and Platform Level (rail).

Among the Elevated Stations, there is also the iconic Western Station. 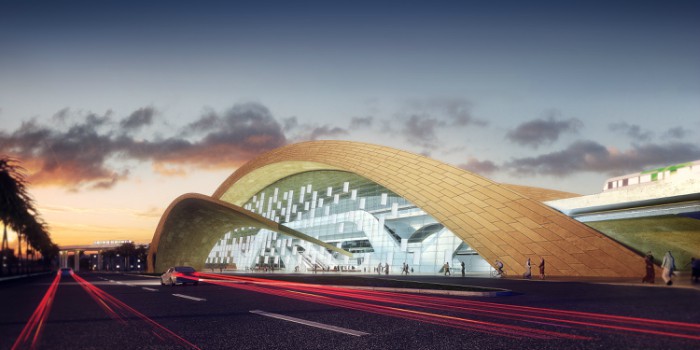 The Western Station affords a seamless interchange between multimodal transit systems supported by facilities such as underground parking, a mosque as well as a retail offer.

The design concept of the station building is a modern interpretation of the “desert sand dunes”, where a cluster of dune shaped, earth colored structures emerges from the site creating opportunities for station entries, light penetrations and pedestrian shading.

Among the Elevated Stations there is also the iconic Downtown Station (transfer station).

The Downtown Station provides not only a beacon for a new urban awareness in the city but also a public space, an arena for all the citizens of Riyadh. Through the reflective canopy, the levels of the metro are visually linked, like a periscope, reflecting the outside inwards and the inside outward. The canopy rests on a large inclined wall, defining an exterior void which carries indirect light down, whilst acting as a unifying element and reference space in the building. The two metro lines span through this void space in glazed tubes, giving them a strong presence, clarity and sense of wayfinding.

SHALLOW UNDERGROUND STATIONS
These will be built within the road underpasses.
There are 5 shallow underground stations.
A typical underground station comprises 3 levels, which are, starting from ground level and going downwards: Grade level, Platform Level and Service Level

EAST AND WEST DEPOT
East and West Depot are used to perform internal cleaning, inspections, maintenance, repairs and painting of the trains.
The structures made of structural steel and concrete mix. 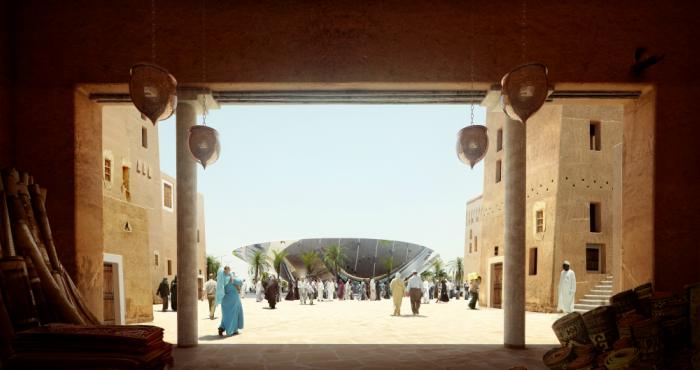