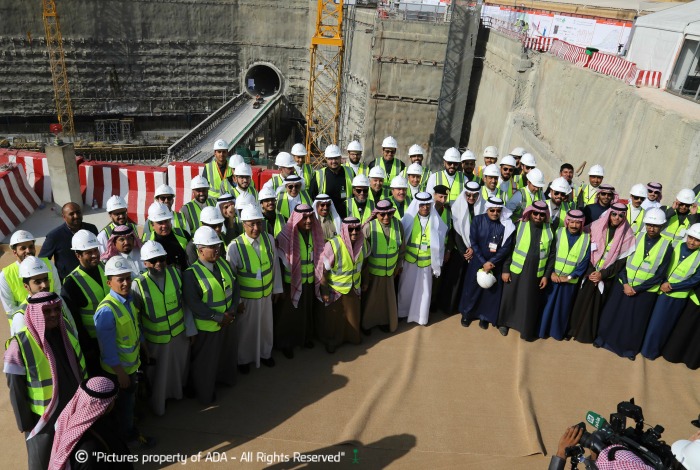 HRH Prince Faisal bin Bandar Al Saud set a crane in motion to lift out of the construction site of Downtown Station the cutter head of the “Jazlah” tunnel-boring machine at a ceremony marking the end of the TBM’s 5.7 kilometre journey underground.

The Orange Line, Line 3, is more than 40 kilometres long, but only about 11 kilometres will be underground, excavated by the TBM and the “cut and cover” method. Once completed, it will have 22 stations.

The Downtown Station is located near the Riyadh governor’s palace in the heart of the city, will be one of the most iconic, with two underground metro lines passing through it. Covering 20,000 square metres, it is being designed by the Norwegian architectural firm Snøhetta together with One-Works and Crew.