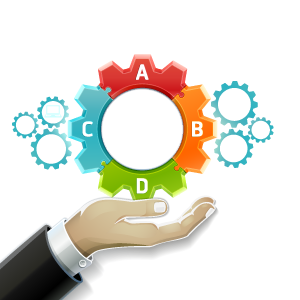 The Arriyadh Development Authority (ADA) unveiled a host of new benefits of the Riyadh metro to the capital city’s residents, in addition to what had earlier been announced.
“There are 5.7 million residents in Riyadh,” an ADA spokesman said. “This population is expected to reach 8.3 million by 2030.”
He said that the project will render speedy and economical transportation services by 2016, with the new bus network, and in 2018 with the commissioning of the metro system.
It has been earlier reported that the Riyadh metro would ease traffic congestion and reduce pollution by cutting the number of vehicles on the city roads.
the whole aim of the project is to provide a better transportation alternative, which is more relaxed, cleaner, efficient and on time, according to the spokesman.
“An employee going to work could drive his car to the nearest station, park it, take the metro and go to work and relaxed on an air-conditioned coach, thanks to 24 park & ride facilities across the city,” he said.
Residents without a car or have problems with their cars can call a metro center for help. The metro would then send a van to fetch residents from their homes. The minivan will also have a room in the back to accommodate a wheelchair if the person ordering a ride has a physical disability, he said.
Any resident who has no access to a bus or metro station within 400 meters from his home can call the Transport Control Center (TCC) and order an eight-person minivan, which will take him to the closest station.
Asked if there’s an extra cost for this, the spokesman said that it’s part of the service of the Riyadh Metro on behalf of the ADA and the local government.
However, fees that may become applicable to the service would be nominal. He added that the project will also ensure a cleaner environment, as metro cars will be electrically-operated, hence minimizing environmental pollution that has exacerbated global warming.
He added that Riyadh metro is also efficient as a means of transportation and time of travel is assured as it arrives at every station according to pre-determined schedule.
“That’s how good and comprehensive the project is. Studies continue to further improve it until operation 48 months from now,” he said. The spokesman added that based on studies which the ADA has undertaken, the project will triple the cost of investment in terms of benefits that will redound to the economy.
For every SR1 spent on Riyadh Metro, he said, SR3 will be generated in terms of savings from direct and indirect costs due to pollution, energy consumption, road accidents, lack of efficiency, and lack of performance.
He said there will be six routes, which will be designated by different colors: Line 1 (blue) is the Olaya-Batha route, line 2 (red) is King Abdullah Road, line 3 (orange) is Madinah Road, line 4 (yellow) is the King Abdullah Financial District (KAFD) to the airport, line 5 (green) is King Abdulaziz Road and line 6 (purple) is KAFD to Abdulrahman bin Ouf & Sheikh Hassan Bin Hussein Bin Ali Road.